OUR HERITAGE, OUR FUTURE

The story of the Potawatomi stretches back to times lost to history, beginning on the East Coast of what is now North America. By the time Europeans arrived, the Great Migration of prophecy was complete and the tribes were living around the Great Lakes, with a social structure that included a strong communal lifestyle.

Years of warfare between colonizers further escalated tensions between the tribes of the Great Lakes, their Indian neighbors and settlers, because European colonial forces pressured native communities to choose sides. The Potawatomi were signatories to more treaties with the United States than any other tribe. Despite signing more than 40 treaties during this time, the period between 1700 and 1900 was a time of conflict and removal for the Potawatomi people. Between war and forced removal these years were a dark time for Potawatomi people and culture.

The scattered Potawatomi settlements were consolidated onto one reservation in northeast Kansas as a result of an 1846 treaty. From 1847 to 1861 the Potawatomi in Kansas managed to survive as a people, but they did not thrive. Tribal members largely adapted to a sedentary lifestyle, but they did not assimilate to the degree desired by the federal government.

On Nov. 15, 1861, eight designated “chiefs” and more than 70 other members of the Potawatomi Nation met with federal agents to sign a treaty that would forever alter their community’s relationship with other Potawatomi and the U.S. government. The 1861 treaty initiated the process for acquiring fee-simple land allotments and U.S. citizenship for almost two-thirds of its members. This group, which became known as the Citizen Potawatomi, was among the first tribes to enter into a treaty agreement that included both conditions.

On August 16, 2007, the voters of the Citizen Potawatomi Nation overwhelmingly ratified a new constitution, expanding legislative representation to its approximately 20,000 members outside Oklahoma, where 10,000 Citizen Potawatomi live. Since then, CPN’s Nation operates the business of the tribal government on through a clear division of powers between the executive, legislative and judicial branches.

The Citizen Potawatomi Nation constitution was created in 1938, amended in 1985 and again in 2007, forming a structure which incorporates executive, legislative, and judicial functions. Government leadership consists of a three person Executive Committee and a 16 person legislature representing more than 30,000 tribal citizens. 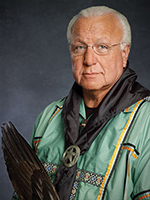 The Citizen Potawatomi Nation Tribal Chairman has general supervision of the affairs of the Council and of the Business Committee. The Tribal Chairman, or his designee, is responsible for the day to day operations of the tribe and its businesses.

The Vice Chairman acts for the Chairman in his absence and undertakes such other duties as are assigned by the Chairman. 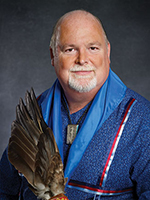 The August 2007 constitutional revision created a 16-member Legislature that speaks and acts as the legislative branch of the tribal government. It has all general powers not delegated by the Tribal Constitution to other entities. The Tribal Constitution limits the ability of the Legislature to speak and act on behalf of the tribe except by resolution or ordinance, thereby preserving the power of the Executive Officers to manage day-to-day affairs of the tribe.