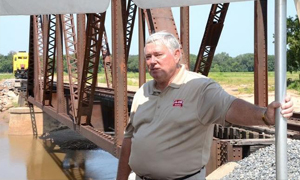 From The Shawnee News Star

The milestone of the bridge is significant progress in the first phase of a railroad revitalization project to ultimately connect the Shawnee area’s rail line to the McAlester area, opening up endless possibilities for economic development and growth.

“I did not build it — we built it — the people of Oklahoma,” said David Donoley, president of A-OK Railroad. “This is putting jobs – getting people hired out and giving them a place to work and earn a living out here.”

Donoley said the work on the bridge was a partnership of many as a mountain of materials as piles of junk, from dirt and concrete, to steel from a Hollywood movie set, all became part of what was used to shore up the river area and get the rail bridge open once again.

“So this bridge built out of junk is what we’re really all about,” Donoley said, adding “one man’s junk is another man’s treasure.”

The railway bridge, which was the link needed for work on re-establishing the line to Eastern Oklahoma “was a big hurdle, and it’s tied,” Donoley said.

Several officials were on hand for the event as a ribbon-cutting commenced for the rededication of a bridge that once provided a vital connection for the east-west means of rail transport across the state.

U.S. Congressman James Lankford said when the railway bridge washed out 20 years ago, so did many businesses, which left buildings empty from here to McAlester.

The rededication of the bridge is a symbol of possibility and progress, Lankford said, opening the door for manufacturing and transport up and down the line, involving everything from bricks to crude oil and sand.

“This is a great example of finding ways to get government out of the way so private business and tribes can take this on in local districts,” Lankford said.

Bill Ford, president of Shawnee Milling Company, said that company, started in 1906, wouldn’t be here if it hadn’t been for the rail.

“What we’re doing, I think, is planting seeds for the tomorrow…like planting an oak tree…I think all of us today can look back years from now and know that what we did was monumental for moving this state forward for this part of Oklahoma,” Ford said. “We’ve made a statement and by the time it gets to McAlester, we’ll make a big statement.” 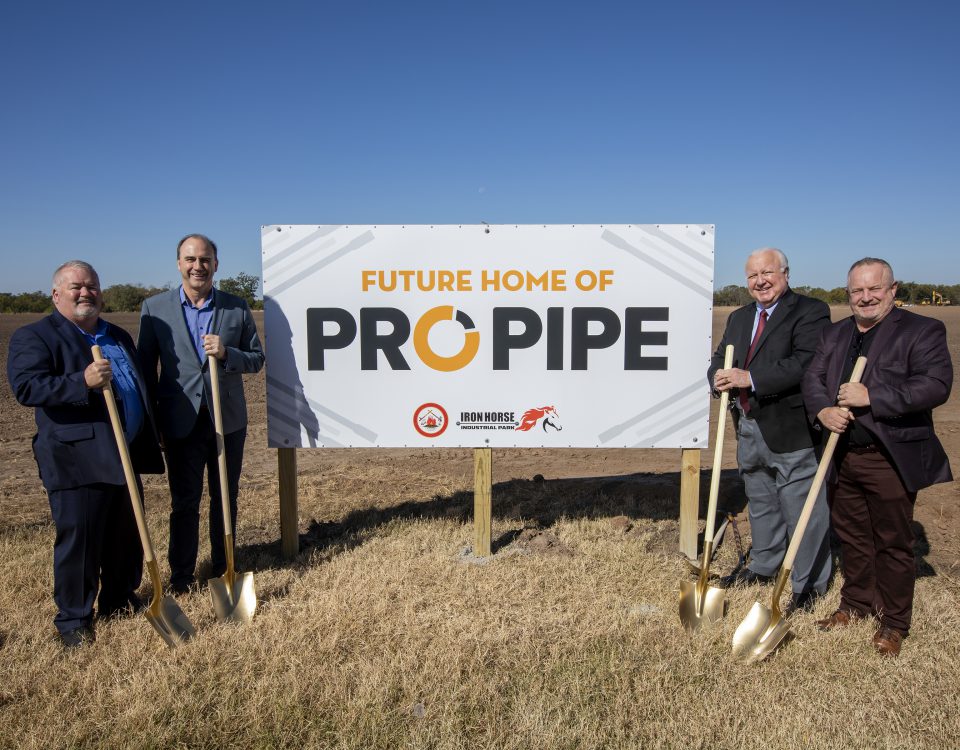