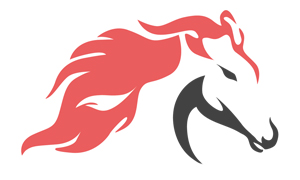 A Shawnee industrial park owned by the Citizen Potawatomi Nation is set to become the latest foreign trade zone designated by the Port Authority of Oklahoma City.

The port authority, operated by The Alliance for the Economic Development of Oklahoma City, is able to designate foreign trade zones within a 90-mile radius of Will Rogers World Airport, where the “port” is based.

The designation of foreign trade zone status was given to the tribe-owned Horse Industrial Park, a 400-acre commercial and industrial park near Shawnee. In announcing the designation, port officials predicted it would create jobs, attract international business and boost the tribe’s economic profile. The Horse Industrial Park is promoted as offering tenants easy access to national shipping lines, including Interstate 40 and Interstate 35 and national rail lines.

When the industrial park becomes a foreign trade zone magnet site, likely in March, it will allow any organization that builds within its boundaries to potentially forgo import and other associated international trade taxes and fees for components while they are held within the territory.

O’Connor said the port authority, added under a reorganization under The Alliance for Economic Development of Oklahoma City in 2012, is getting a new push as an economic tool for the region. She said the foreign trade zones were more prevalent prior to the 1990s when the city saw continued expansion of manufacturing plants.

“Since manufacturing has declined the past 20 years, we don’t have as many as we did,” O’Connor said.

“But it can be a very valuable tool for companies importing items and products used in the manufacturing process or for those who export. We’re trying to get more awareness that we do have this kind of tool for these type of companies.”