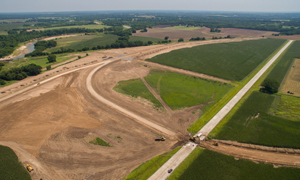 “In light of the President’s and Congress’ goal of stimulating economic development on Indian reservations, embodied by the HEARTH Act, we have determined that improvements, leasehold interests and activities conducted on Indian trust land and restricted lands…are exempt from state taxation due to federal pre-emption,” wrote Washburn.

“We thank Assistant Secretary Washburn for reaffirming what we have been telling the City of Shawnee and the State of Oklahoma; tribes are not tax collectors for outside entities on their own land,” said CPN Tribal Chairman John Barrett. “We hope the state will accept this determination and stop wasting taxpayer dollars on a fruitless lawsuit. We’re ready to get back to putting our money toward economic development and services to our customers and tribal citizens, not attorney fees.”

Signed in 2012, the Helping Expedite and Advance Responsible Tribal Home Ownership Act created an alternative land leasing process for tribes. The HEARTH Act allows federally recognized tribes to enter leases with non-Indian businesses on trust land without needing to seek a final approval from the Secretary of the Interior. One facet of the new law was to give Indian tribes the same ability as other governments to use taxes to promote new jobs and economic opportunity with business on tribal trust land.

“As you know,” Washburn wrote, “state and municipal governments have long used favorable tax treatment as an incentive to attract economic activity to their communities. To be competitive, tribes must have the same tools as other governments.”

In November 2013, United States Secretary of the Interior Sally Jewell and Assistant Secretary Washburn travelled to Citizen Potawatomi Nation to sign the tribe’s HEARTH Act agreement with the U.S. Government. Since then, the interest in investment and doing business on tribal lands has increased exponentially. In December 2014, the $2 million BDC Gun Room opened its doors as the area’s only indoor shooting range and firearms dealer under a HEARTH Act lease. With the planned opening of the tribal-owned Iron Horse Industrial Park this year, outside investments on Citizen Potawatomi Nation lands are set to grow. CPN has already installed new sewer and water services throughout the industrial park and new buildings will be added soon.

The Citizen Potawatomi Nation had a $540 million impact in Pottawatomie County for 2014. CPN directly supported 2,100 jobs and paid $78.6 million in wages and benefits. CPN indirectly supported thousands more jobs and boosted local economies by making purchases in excess of $212 million on local goods and services.

In addition to wages and purchases, CPN also pays taxes and gives to local charitable organizations. In 2014, CPN made $28.9 million in Oklahoma tax payments while contributing more than $2.2 million to local community organizations. Oklahoma schools received $252,000 from the tribe while CPN awarded $4.1 million in scholarships.